Catch Santa Photos in Your Home 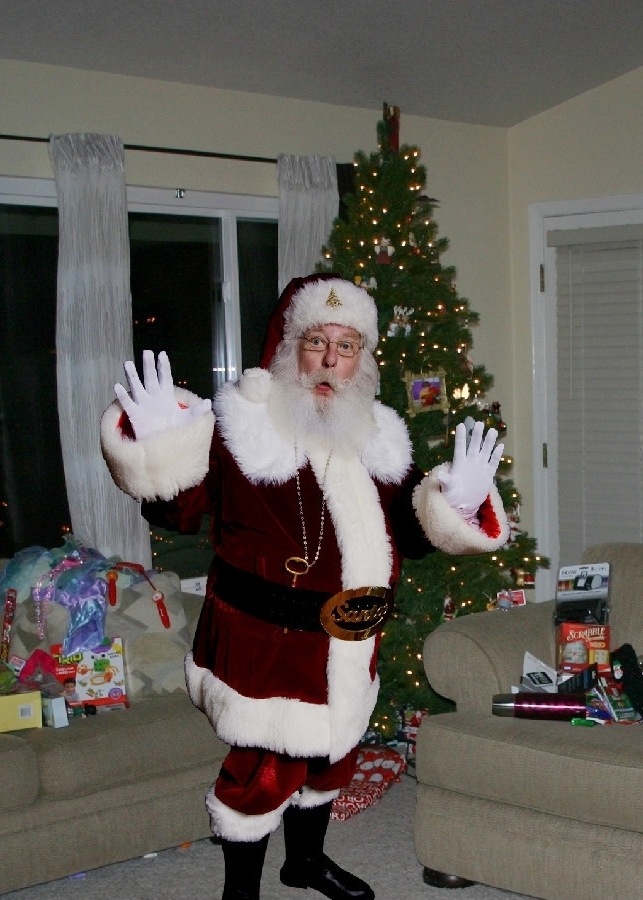 For centuries, people have tried to capture images of Santa Claus as he makes his annual trip around the world. And so far, no one has succeeded. Let’s face it – no camera shutter is fast enough to record those magic reindeer zipping at incredible speeds around the world, and Santa Claus himself is, well, elusive.

You’d think that it would be easy to spot a big, fat guy in a bright red suit with clunky boots, but he somehow manages to sneak in and out of houses with the stealth of a ninja. He has evaded capture for centuries. Until now. Now you WILL be able to capture Santa when he comes to your house this year.

I have two kids and have personally tried this method to be sure it works. I didn’t actually practice skeet shooting in step 4, so perhaps my hand/eye coordination wasn’t as quick as it should have been, but I have tried the other steps and am proficient at the most important one, which is step #5. If you follow these steps in order, you are sure not to disappoint your kids.

1. Wear warm clothes. To catch Santa in the act, you’ll need to be outside so you can spot him as soon as his sleigh nears your neighborhood. So be sure to don a nice warm hat, jacket and boots because you never know what time Santa will arrive in your area. It could be a long night.

2. Set your camera to the fastest shutter speed possible. Because Santa has to make it all around the world in a single night, the guy drives a supercharged sleigh that is faster than any known technology, so you’ll need to be quick to catch him. If you don’t have a camera with a shutter speed of at least 1/3200 of a second, well, you better borrow one from your neighbor.

3. Grab a snack so you don’t get hungry. It’s going to be cold outside, so you better grab some tasty cookies and a Thermos of warm cocoa to keep you company. Make sure you have plenty of extras so you can share when Santa arrives. And grab a few carrots, too. The reindeer like them.

4. Be patient and watch the skies. The secret to catching Santa is patience and a good eye. You may want to practice some skeet shooting before attempting to capture Santa, as this will improve your hand/eye coordination and make it more likely you’ll be able to aim and focus your camera in time. But don’t practice skeet shooting on Christmas Eve when Santa is flying!! You wouldn’t want to accidentally knock him out with one of those clay pigeons.

5. Cheat. Now that you’ve spent all night watching the skies without any sign of Santa (I TOLD you he was quick), you’ll have to admit defeat and resort to trickery (aka Capture the Magic or I Caught Santa) to prove to your children that you were actually able to get a photo of him at your home. It’s ok. Many parents have resorted to the same techniques so they wouldn’t disappoint their children. After all, that’s what we parents do – we go out of our way to make our kids happy, even if we can’t really catch Santa.

Reprinted with permission from Squidoo – How to Catch Santa at Home