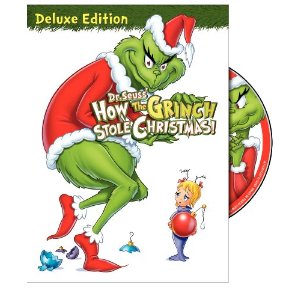 How the Grinch Stole Christmas is a classic holiday TV special that first aired in 1966. The timeless tale of the grouchy green Grinch who attempts to steal Christmas from the Whos down in Whoville has become a part of our common Christmas culture. Here are some of the great lines from that special.

Grinch: Why, for fifty-three years I’ve put up with it now. I must stop Christmas from coming… but how?

Narrator: Then he got an idea. An awful idea. The Grinch got a wonderful, awful idea!

Grinch: I know just what to do!
Narrator: The Grinch laughed in his throat.
Grinch: I’ll make a quick Santy Claus hat and a coat.
Narrator: And he chuckled and clucked.
Grinch: What a great Grinchy trick. With this coat and this hat, I’ll look just like Saint Nick!

Read more about the Grinch and Max the Dog on Squidoo.